Having decided we wanted to set the game in Feudal Japan, there was no way we were going to be able to move forward without discussing Okami, Ganbare Goemon (Mystical Ninja), and the Old Japanese Cartoon Nihon Mukashi Banashi.  At the very inception of this project, we were considering doing a much simpler, three quarter, top down perspective, 2D sprite based tower defense game.
This led to settling on the characters being 2 - 2.5 heads tall in order to keep expressions readable.  This made the characters very Goemon-esque.  Now that technology allowed for greater resolution, we wanted to see if making the art with brush would carry over visually and give us some of the visual charm that Okami and Nihon Mukashi Banashi had.

Another idea we tested early on was giving the world a washi paper texture and we made the sprites partially transparent in places so that it seemed like water color drawings of characters were walking on top of a scroll, interacting with brush drawings of structures.  This unfortunately led to another set of problems when walking underneath structures.

Furthermore, because the characters were made by overlaying different combinations of head and body art assets, the transparency of the head would show through the body underneath and get undesired results.   We had come up with some viable solutions, but in the end they were all adding too much complexity which we knew would impact even the simplest of things later down the road.

Getting the most out of each frame

The most obvious reason to keep the art simple was simply because I was only one artist working on this game so it was important for me not to bite off more than I could chew.  That being said, our creativity kept pushing us up against the technical limitations we faced.

I was able to creatively reuse frames to maximize the amount of possible actions the character could do, however whatever savings we won back in memory or time from reusing frames ended up being lost later on the programming end as each move needed to be treated as a special case and required a lot of fine tuning of timing with specific offsets.

Our weekly meetings would always generate great “what if we could…” conversations that would excite and provide us with the fuel and drive we needed to continue squeezing out every minute of development time we found in-between our jobs and the parental obligations of our lives.  One especially exciting idea we all rallied around was the “Astro Throw” which would be like throwing enemies in the Super Nintendo Teenage Mutant Ninja Turtles game, Turtles in Time.  We wanted to be able to use the enemy as a projectile, throwing them into nearby infrastructure and set off traps, initiating chain reactions that would make the other enemies in the area have a really bad day.

Fork in the Road

However, all these ideas were exponentially driving up the amount of implementation time that would be needed to get each special move to work /show correctly and so this ultimately led us to the very first major forking point of our project, where we had to decide whether or not to switch over to 3D or stay put in 2D.

When moving over to 3D, we saw no need to drastically veer from the character design we had settled on.  At the time, we didn’t have a lot of the tech such as the silhouette inking seen in Okami so the best we could do was showcase brush stroke lines with varying width on the surface of 3D model where ever possible.  In doing this, we sometimes needed to add geometry to the 3D model in areas that would seem wasteful in order to give ourselves more freedom as to where we could add brush detail on the model.  For the texture maps, we needed to pad the areas around the areas with brush strokes with “dead space” in order to give ourselves enough UV map real-estate to have fine control over adjusting the thickness of the lines.  By skewing the UV coordinates, we could get brush lines to taper off and this greatly contributed to the visual look we wanted to achieve.

At our discussions, I used God Hand as a point of reference to suggest how we could comically / brutally handle violence, and it went over well.   This discussion led to the expansion of how we could stylize our combat with Bullet Time, Bone Break Xrays, etc.  It also expanded the secondary use of combat and it's role in interacting with the defensive infrastructure in the combat zone using physics which was a great enhancement to our game play.
It wasn’t hard for us to continue thinking up of more exciting reasons to convince ourselves we needed to go ahead and make the plunge.  There was also the logistics reason as the overhaul would simplify a lot of the outfit / weapon variation headaches that were starting to pile up, so the longer we stewed on it, the more it became clear to us that it was something we had to do.  My favorite perk of the transition is that it opens the door even wider for us in being able to reference even more things we like from Japan.  Being in control of camera work and composition allowed us to sprinkle in even more homages to shows and games we liked from that era.  I'll be sure to dedicate a post to talk about these influences at a later date. 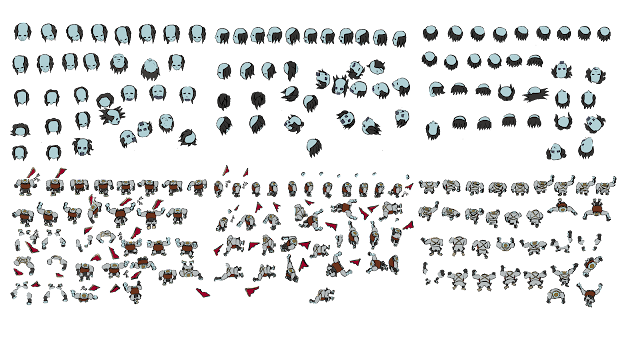 All in all, I’m really glad we decided to switch over to 3D as I think we were ultimately able to retain a lot of the stylization and charm we had in the original 2D versions and build off of it.  Many of, if not all of our game design ideas were not only able to make the transition to 3D, but improved by leveraging the strengths of 3D.  I do like to think starting the project in 2D was still necessary for the game to be where it is now as I’m not confident we would have had all these ideas had we started in 3D.   The time exploring our ideas, making the 2D version almost seems like it served as valuable pre-production time, helping us to crystallize the core of this project. 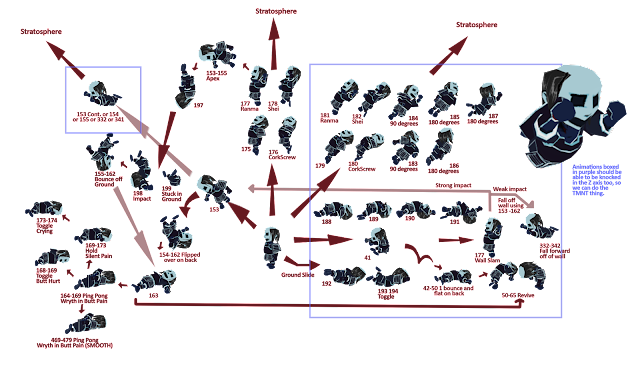